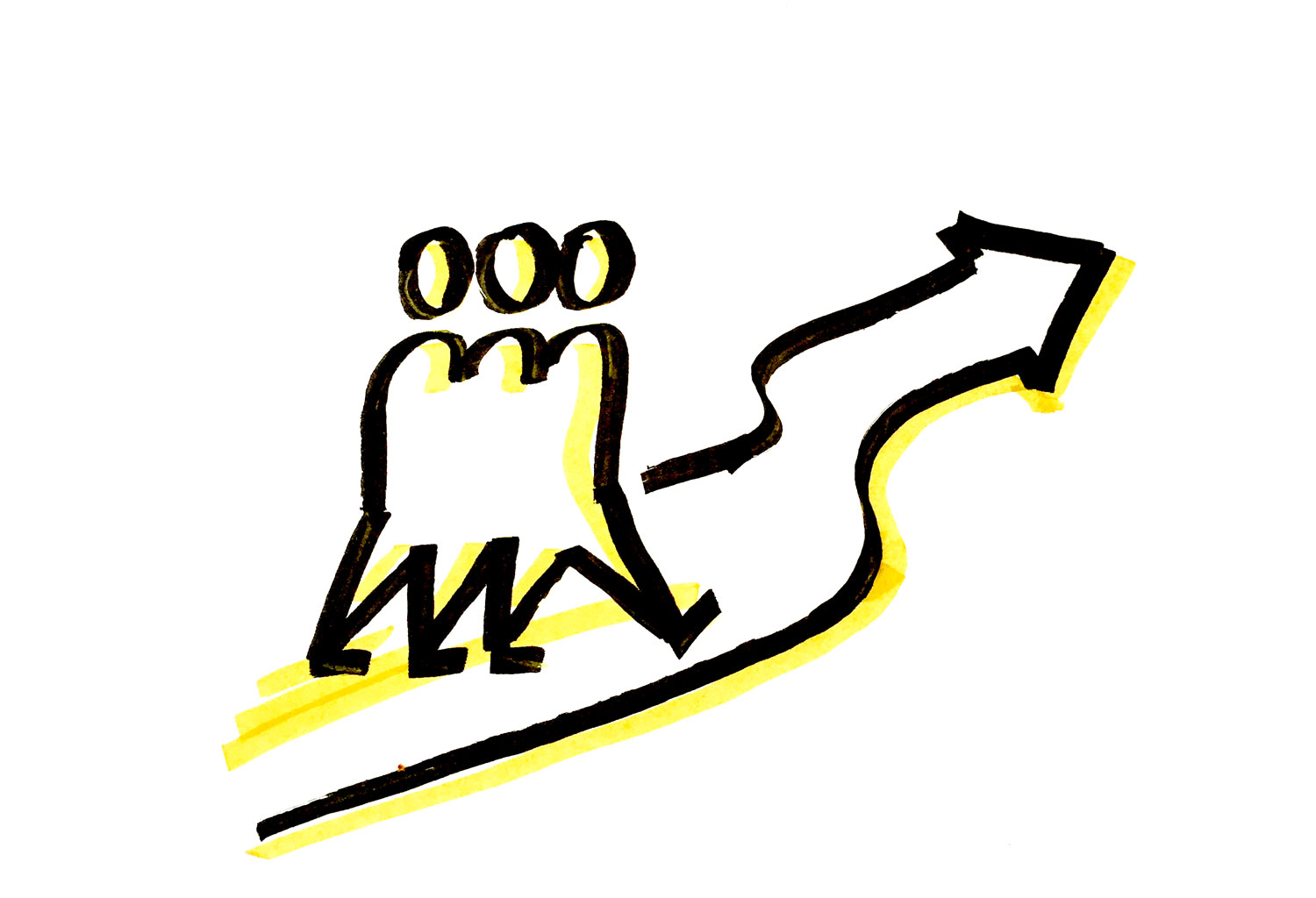 At the end of December 2017 a handful of people in a department – of an International NGO working in development aid in 118 countries all over the world – decided to explore further shared-leadership to respond better to challenges in management decisions. In the headquarters there is one department with 33 co-workers that is like the Gaulish village of Asterix & Obelix in the Roman Empire. All Gaul is under Roman rules, except for one small village… this department wants to probe shared-leadership despite that the global NGO’s bureaucratic structure is organised traditionally.

What is shared-leadership? One definition of shared-leadership is, “a dynamic, interactive influence process among individuals in groups for which the objective is to lead one another to the achievement of group or organizational goals or both”.[1] It is not one individual appointed or elected leader that influences typically hierarchical downwards, rather distributed “leadership” as activity that rotates among a set of individuals according to the specific task and capacity.

In September 2016 the Head of Department was seconded to another unit for 10 months. During this period two team leaders from within shared the leadership and its responsibility to split the additional workload. This was working so well that the management got inspired to dive deeper into participatory leadership and attended different workshops to the topic (Art of Hosting, Holacracy, Teal Management, We are boss, etc.). Starting point for the inquiry has been that the Head of Department feels the need that the current complexity of the business and the ever faster driven globalisation, digitalisation etc. is requesting for new responses that cannot be found by one single individual. He is willing to learn slowly to step backwards and share leadership in order for others to step forward and take on new (temporary) responsibilities they have expertise and are passionate about. At the same time he as the person officially in charge has to sustain the tension that the department continues to be an appropriate service provider to the rest of the international NGO.

Finally mid 2017 the department launched a workgroup that has focused how exactly a more self-organised leadership approach called shared-leadership could work in the whole department and at the same time keeping meaningful connections with other hierarchical divisions in the organisation. The in-house working group started with providing information and reflection internally to the subject. The co-workers attended voluntarily and contributed their thoughts and questions. After presenting the first evaluation on the current status of their department as where aspects of shared-leadership are already being applied, they felt ready for an external facilitated kick-off workshop.

During the design phase of the preparation for the 1.5 days internal workshop they understood better that this new approach will change the organisational culture profoundly. The consultancy provided the required framework and space for deepening the purpose of this step and developing the related tasks. Firstly it was helpful to create the divisional framework (regulated environment) in which all employees understand what precisely is allowed to be questioned at this stage. Secondly it must be clear that participatory leadership is not a universal remedy to solve all issues but only one of the methods that can be applied according to the specific needs of the organisation. Thirdly it is beneficial to experience that everybody can temporarily take part voluntarily with her/his specific know-how and experience as a valuable contribution to the whole process.

The kick-off workshop provided the participants with a safe space where they were able to experience collective intelligence in challenging exercises. They got a taste of the practice that a group of people together can co-create a more holistic view than each “leader” on her/his own. Sceptics are accepted as lateral thinkers to bring in alternative views. The participatory involvements in various experiential learning methods sparked additional inspiration, openness and curiosity how shared-leadership can be lived in their department. Callers of new internal leadership projects stepped forward to exchange ideas and profound questions with interested co-workers. At the end the team has had co-created seven implementation projects that fuel new management approaches tailor-made for them. These pilot projects are an attempt to probe if and how shared-leadership aspects support them in their professional challenges. The Head of the Department keeps his official leader role. Yet at the same time he will be at eyelevel with other co-workers in these seven experiments in which he follows temporary leaders that manage (hierarchically not sub-ordinated) colleagues. One of the ground rules for working in shared-leadership formulated by the team is “courage to try, fail & continue” which mirrors a learning cycle and is providing fundamental trust daring to start something pretty unknown. It is not a 180° turn-around, it is the start of a slow organic growth of a new seed.

A further advantage is that co-workers of this “Gaulish village” obviously have a special magic potion that helps them to survive the increasing workload and returning organisational restructuring processes: humour mixed with common vision. The overall vision of the NGO “to help children” is giving them an intrinsic motivation and bringing in their (sometimes even black) humour and laughter release endorphins and stress and tension is reducedin the team – a wonderful precondition for opening up to new creative pathways in our thinking and for organisational change.